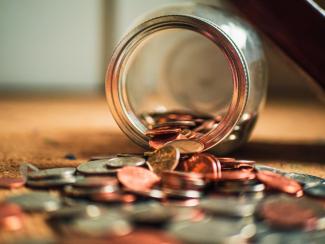 March 9th was a big day for the stock market, as it marks the 10th anniversary of one of the longest and most profitable bull runs in history.

Barring a dramatic, unforeseen event like the 1987 stock market crash, the S&P 500 will have posted an average return of nearly 18%, each year, over the past decade, according to S&P Dow Jones Indices. To put that in context, the long-term historical average annual return, going back to the 1920s, is a hair above 10%.

Kicking yourself for not buying?

It may be hard to remember now, but back in 2009 most investors were actually terrified. In February 2009, President Obama signed a $787 billion stimulus package. Within months, both Chrysler and GM would go bankrupt. In October, unemployment would peak at 10%.

Statistics suggest that a decade ago most of us were selling rather than buying. Between the start of the financial crisis in 2008 and 2017, Americans pulled $830 billion out of stock mutual funds on a net basis, while pouring nearly $1.4 trillion into less volatile bond funds. In other words, investors missed out on billions, if not trillions, in gains they might have reaped.

The real lesson of the stock market’s incredible 10-year run is not to imagine the riches you could have had if you’d bought at the precise right moment, fun as that might be.

Instead, it’s to remember that, even in the darkest times, the market will eventually snap back. If you panic and sell, you could miss the upside.

The opinions voiced in this material are for general information only and are not intended to provide specific advice or recommendations for any individual security. To determine which investment(s) may be appropriate for you, consult your financial advisor prior to investing. All performance referenced is historical and is no guarantee of future results.

All indexes are unmanaged and cannot be invested into directly. Unmanaged index returns do not reflect fees, expenses, or sales charges. Index performance is not indicative of the performance of any investment.

The Standard & Poor’s 500 Index is a capitalization weighted index of 500 stocks designed to measure performance of the broad domestic economy through changes in the aggregate market value of 500 stocks representing all major industries.

Economic forecasts set forth may not develop as predicted.

Investing involves risks including possible loss of principal. No investment strategy or risk management technique can guarantee return or eliminate risk in all market environments.

All information is believed to be from reliable sources; however no representation is being made as to its completeness or accuracy.